By this time tomorrow night I will be on a plane headed to France! So my entire day was taken up with getting ready for that (no, I'm not packed yet, be serious). I did take a break to walk through the neighborhood since Paul, Angela, and I had seen some crocuses about to open on Wednesday, and because it was nearly 60 degrees, this happened! 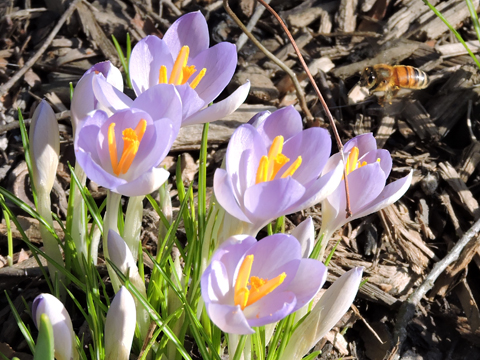 We had an early dinner so we could pick our kids up for spring break from College Park, which was mobbed and had lots of traffic, partly because other people were taking stuff home and partly because of whatever was going on at the Xfinity Center. We had to stop at CVS and the food store, then we came home for laundry, packing, and half-watching Elementary!
Collapse