My Sunday did not start auspiciously -- I went to bed a couple of hours before Target's Lilly Pulitzer launch went live online, and left the house just as the stores were opening, meaning that since everything sold out in about seven minutes in both places, I didn't get the undersea bracelet or the giraffe print scarf or even the purple fan cosmetic bag -- but since we were already up and out, we went to see the fading cherry blossoms in Kenwood and things only improved from there. After seeing many flowering trees and tulips, we came home, woke Daniel, ate lunch, and went to College Park, where we dropped him off and went to see Adam inducted into the Alpha Lambda Delta & Phi Eta Sigma honor societies. Both of his roommates and several of his high school friends were invited as well. 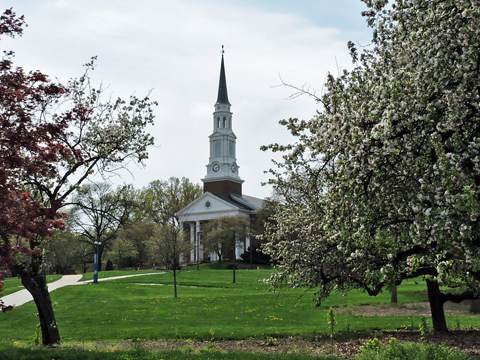 As you can see, there were cherry blossoms and tulips in bloom on the campus too, and it was a nice ceremony (by which I mean only an hour despite all the honorees introducing themselves). After the ceremony, we retrieved Daniel and took them both plus Adam's girlfriend food shopping and out to dinner at the Plato Diner, where we all ate a great deal. After taking them back to their respective residences on campus, we came home to feed our starving cats, watch Once Upon a Time (oh come on, writers, you can do better than this) and Saturday night's Outlander (that's two weeks in a row it can't even pass the Bechdel test -- is rewatching Voyager spoiling me?), and feed our cats who had been left to languish for over five hours with no belly-rubbing.
Collapse