Quickie, as we have had company -- the lovely Angela and Kevin -- to watch Birdman. We were weeks overdue for a movie night and they hadn't seen the Oscar winner, which holds up very well -- I still have a bunch of issues with the award-winning screenplay, particularly where female characters are concerned, but the directing remains exceptional and the editing almost beyond belief.

The only other news here anyway was continued gorgeous weather, which has brought out dogwoods, apple blossoms, violets, tulips, and the first pink azaleas, plus three bunnies and many squirrels and singing birds. We caught most of Forever, which is breaking my heart since next week's season finale will almost certainly be the end of the series. Flowers in Winterthur's enchanted woods: 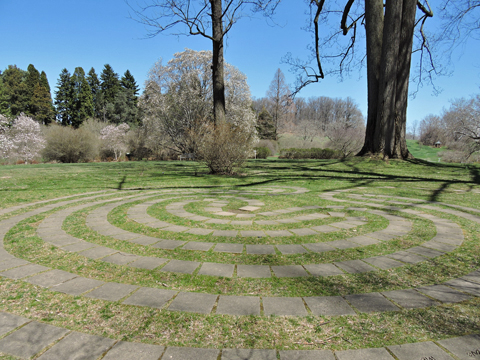