I don't have a lot to report from Tuesday except that it was as hot and muggy as Monday, despite the overnight storms that caused flooding problems in the morning. The only brief excitement was when our van's tire pressure light came on, so we took it to the dealer, who said someone probably forgot to reset it when they rotated the tires a week ago and fixed it.

We watched the season finale of The Flash, which was okay until the epic crack at the end. I kind of miss the original incarnation of one of the characters, and if what looks like a definitive exit proves to be one, I will be sad, as I liked the performer even if the character was not written well. Now it's next-to-last Letterman time. National Zoo bird house and flight cage: 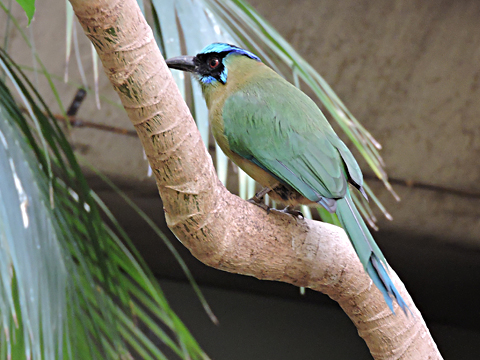