RIP Christopher Lee. It was not a good day for celebrities, and the weather here was stifling. I am STILL not caught up on things, though I did get Daniel out driving and to the dentist -- I figure it will take him a while to find one in Seattle so better have one last visit with the one he knows. Then we stopped to get him ice cream. Adam apparently got 100% on his calculus test -- he's taking the class so he can take engineering courses in the fall -- which is extremely impressive!

Daniel still had not seen Captain America: The Winter Soldier, so after dinner, we watched that. I still think Natasha has a much better storyline in that than Age of Ultron (though what's up with the obsession with Steve's love life? is she afraid he's hot for Bruce and trying to keep the latter all to herself?) And in other news, I am irritated at the internet for an excess of idiocy, even more than usual. Some photos from the Historic Ships Wharf in Seattle's Lake Union Park: 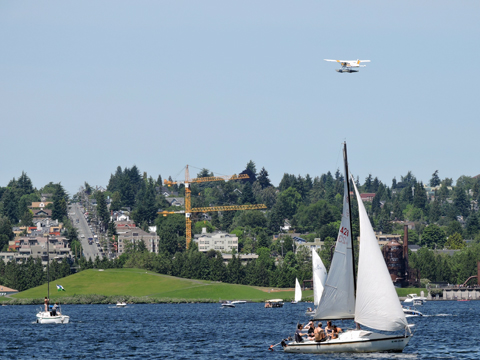