It was nearly 100 degrees on Saturday -- not that I'm complaining, because it's supposed to be over 100 degrees on Sunday and I am going to complain about that. Adam had a lot of homework and spent most of the day working on it, until after dinner when he went to a gathering with a bunch of friends to watch movies and play games.

Paul and I gathered up some things to ship to Daniel, then went to the C&O Canal after lunch for a walk on which we saw many turtles, lots of dragonflies and damselflies, three green herons, a couple of ducks and plenty of songbirds. We spent the evening catching up on Jonathan Strange & Mr. Norrell. From the afternoon: 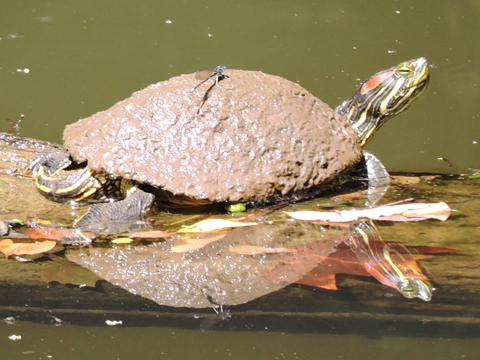