I did a lot of work in the morning because I had a busy afternoon schedule -- a dentist appointment (man, I hate those new tooth-polisher-scraper-waterboarding devices they use instead of old-fashioned tools and basins and running water), then meeting friends for what was originally going to be a viewing of Pixels but the terrible reviews persuaded us to change plans, so we went out to dinner with the same friends at the Cheesecake Factory.

Here is my review of Voyager's "Jetrel", one of the episodes I distinctly remembered from its first airing and it holds up really well. We just watched A Scanner Darkly with Adam -- pretty serious crack (literally), but RDJ and Woody Harrelson seem to be having a great time, then talked to Daniel, who has finished his first week at work and is going to a company picnic tomorrow! Here are some photos from Lewis Ginter's spring flower display: 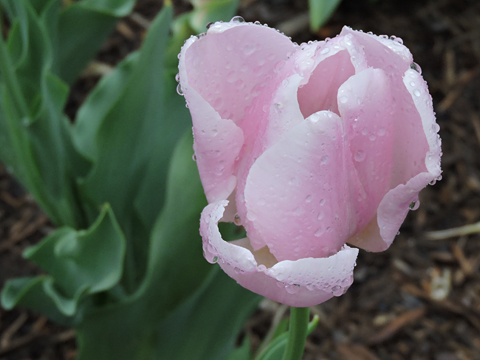