Monday was hot and I had a lot of stuff to get done, so I have little that's exciting to report. I did get to have lunch with Adam and go out for ice cream with him, but he was mostly busy reading in anticipation of returning to school in a couple of days. Also, I talked to the woman who is fostering the kittens Heather rescued, and they are doing really well -- she thinks they will be adoptable in a week or so!

Paul made veggie meat loaf for Adam for dinner. Then, after rolling our eyes at the Bengals' first quarter and much discussion about what we were in the mood for, we watched the John Hurt-Elijah Wood movie The Oxford Murders, which was not particularly well-scripted (forget the math gobbledygook, the women's roles are atrocious) but is at least well-acted. Some more things we saw at the county fair: 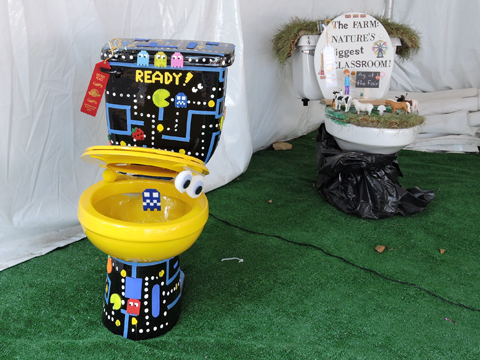