Quickie because we're discussing new phones/Verizon plans with kids during the five minutes we can get ahold of both of them. (Any strong opinions on the Galaxy S6 vs Note 3 vs Nexus 6 vs other Android phones?) I had a mostly quiet chore-filled morning and afternoon with Paul working from home, then early in the evening we went out to dinner with Angela and Kevin at Blaze Pizza in the mall. We hadn't seen each other in weeks, so it was nice to catch up!

We have now watched all the available Inspector Lewis episodes and will have to go through withdrawal till the new season airs in 2016, woe. But here is something I have not been able to say for a long time: the Orioles and Nationals both won today! Sadly if neither could go anywhere in the postseason last year, I fear the same is even more true this year. Here are some more photos from Watkins Regional Park's nature center, both inside and in the wetlands: 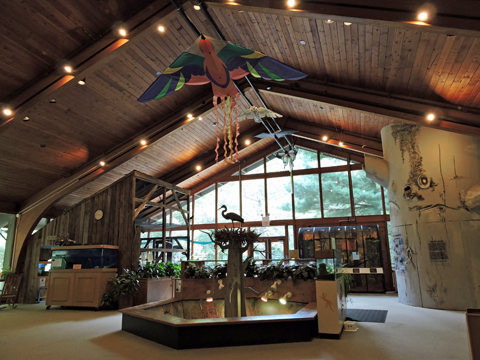