My Friday was mostly about work -- I was working on a review of Voyager's "Non Sequitur" and it was really hard to come up with anything nice to say. Man, that episode is boring! It's so much easier to write reviews of episodes that have a lot going on, even if there are flaws. Otherwise I did things like sweep the deck and clean up some more in the dining room, plus watch some college football.

We saw Far from the Madding Crowd, which was beautifully filmed and well acted by three of the four leads (I was not impressed by Sturridge; Mulligan, Schoenaerts, and Sheen were all very good). The story felt very compressed and the script was trying a little too hard to hold up to contemporary feminist scrutiny, but it was enjoyable. Some goats from last fall's farm festival at Caprikorn Farm: 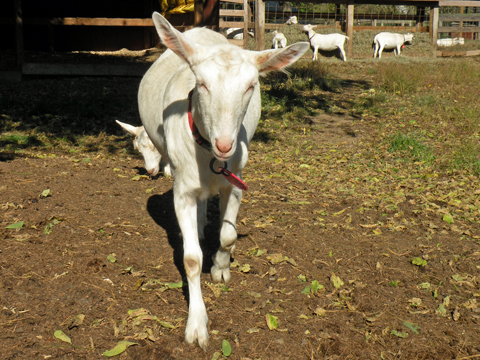