On Wednesday I went to Great Falls with my neighbor Carole for a walk on yet another gorgeous morning! We did not see any herons, but we saw two skinks, lots of turkey vultures, one turtle, a few ducks and geese, and some butterflies. Then we went to Starbucks for lattes and conversation, after which I dragged her into Rite Aid next door and found the 2015 Halloween Barbie, which pleases me greatly. So a very successful morning on which I got no work done! 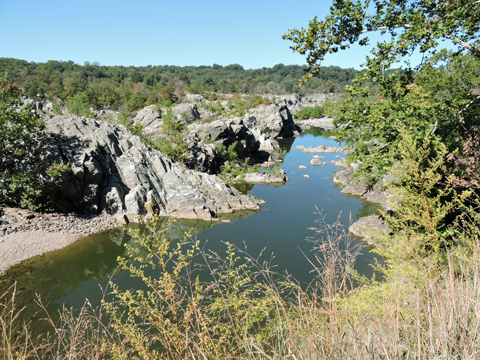 In the afternoon I caught up on work, folded laundry, and eventually took a walk around the neighborhood with Paul on which we saw three bunnies. I could not face the prospect of the Republican debate, so we watched Friends & Lovers, which is pretty mediocre (wants to be Love Actually or at least The Big Chill for younger people but doesn't have the script or breadth of acting talent) but did not make my blood pressure rise -- even the Orioles did that when I saw the score!
Collapse