I listened to a sermon for Yom Kippur, though it was delivered by the Pope rather than a rabbi. Paul worked from home and we were on our computers and doing chores in the vicinity of the TV for much of the afternoon, watching coverage since we were too paranoid about traffic to try to go anywhere for the Jewish holiday or anything else! I found the Pope very impressive particularly speaking to the cardinals, reminding them that the tent has to be big enough for anyone who wants to come in regardless of ideology, though I love seeing a global religious leader passionately arguing for the environment, too.

Although I haven't fasted in two decades, we "broke the fast" with the family friends with whom we have for the past many years. It was weird being there with none of our kids, but always nice to see everyone there. When we came home, we watched "Arctic Ghost Ship" about the Franklin expedition on NOVA (the patron Koch Brothers must have liked the evidence of non-global warming when the sea ice didn't melt), then Nashville, which would be fine except that it remains, well, Nashville, meaning everyone has the same contrived problems they did last season! Some more photos from ArtsFest at Annmarie Gardens: 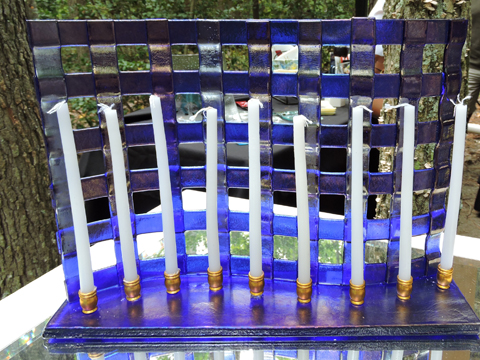