I had loads of work to do on Thursday -- literal loads, as in laundry, and figurative loads, as in work that had to be finished. I accomplished enough that I'm proud of myself, plus I got to skip watching the news. It rained all day and was dark and miserable out, the way I'd been led to believe Seattle would look though Seattle was sunny and gorgeous, which made me sluggish...though that is better than being petrified of Hurricane Joaquin, whose forecast has been lowered from dire to merely scary, with one hysteria-inducing consequence being that the Maryland-Michigan game has been moved from prime time to lunchtime on Saturday (Go Terps! Beat the Wolverines!).

We had dinner with my parents, since they have Friday plans. In new TV season watch, we saw the new episode of Heroes Reborn, which is holding my interest (especially Katana Girl) though not the way the first season of the original did, then we saw the first episode of the new season of Sleepy Hollow, which I am always going to love no matter how silly the supernatural stuff is (and which would have been worth watching just for Colonial Times and the Boston Tea Party Collectible Set). After that, we caught up on Blindspot, the new show I like that is actually likely to survive past midseason! Some of the African and Asian animals from the Woodland Park Zoo in Seattle: 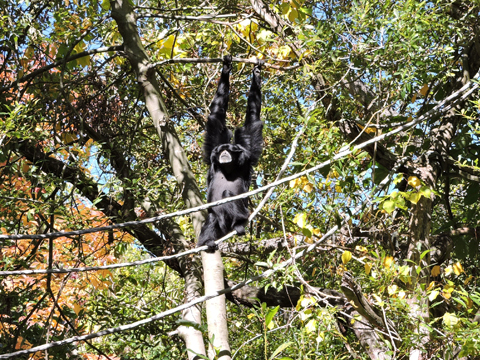