Tuesday had even nicer weather than Monday, temperature just reaching 70, gorgeous breeze all afternoon -- even the bunnies appeared to appreciate it, three of them were out munching grass on the cul-de-sac next to mine! Otherwise, it was a fairly ordinary Tuesday. I did some work, and some fun stuff with photos, and since I had to fold laundry and Paul was working from home, we watched San Andreas, which is the most utterly predictable movie in every way -- I'm told the science is bogus but I was laughing harder at the family dynamics -- though indeed it offers spectacular disaster porn, plus Sia's awesome version of "California Dreamin'."

Tuesday looks like it's going to be our big TV-watching night, since it has two holdovers from last year and I'm liking Limitless though surely they could have given the ex-girlfriend more independent life than we got to see in tonight's episode. (Is Bradley Cooper going to end up being the VILLAIN? I didn't see the movie!) The Flash is so much more enjoyable now that Not Telling Iris isn't going to be the central to the plot, though I hope That Recurring Character recurs more often than it would appear. Agents of SHIELD is still all over the place. I figure I better post these Annmarie Gardens ArtsFest photos before any more time goes by: 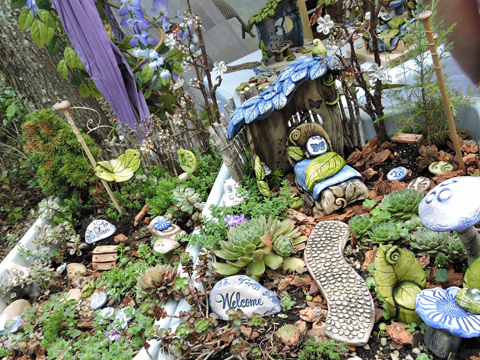 Wednesday was another gorgeous day! There were bunnies and chipmunks and squirrels out enjoying themselves and I got to have all the windows and doors open. I spent the morning and early afternoon doing unexciting work, then I repaired a pair of earrings with carnelian beads so I could wear them with the carnelian necklace I inherited from my sister. Then Paul and I went out to dinner with Angela and Kevin (the plan was Blaze Pizza but there was an entire high school sports team in line in front of us, so we went to the food court instead)!

Yet again I am giving Arrow a chance, though I must confess to disappointment that my number one reason for watching, John Barrowman, did not appear in this episode even if another special guest star did. Still, it was less manipulative than Nashville, which was particularly Dallas-y this week; only Scarlett's interrupted song in the hospital chapel justified my love. (Hey, we already knew the Cubs were going to win!) When we were at Great Falls last weekend, the buzzards had found something very interesting down in the rocks which we couldn't see: 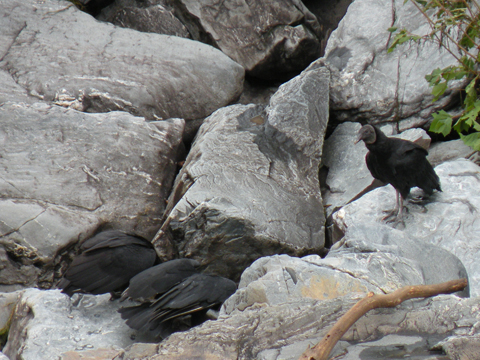