I had a really lovely Saturday visiting people somewhat east of where I live. Heather was in Annapolis, so Paul and I went to meet her and Karen there for lunch and did a little bit of shopping (I was very good, I didn't buy anything, except then I came home and ordered a shirt I'd looked at). Then we headed back west from the mall and visited Historic London Town and Gardens, which almost became the capital of Maryland before Annapolis won out in the late 1600s. There was a wedding blocking off some of the gardens, though we did get to walk down to the river and out on the dock, and we visited the original William Brown Public House and the restored houses and shops.

Then we drove the rest of the way to College Park, which was having a busy Saturday evening -- lots of games being played on the fields and volleyball courts and a breast cancer fundraiser with baby goats among other things -- and picked up Adam to go to Aroy Thai for dinner. None of us had been there before and the curries and pad see ew get big thumbs up. Adam is doing well in engineering prerequisites and really enjoying studying math, which was not the case in high school! We made it home in time for Doctor Who, which did not do much for me, and the first episode of The Last Kingdom, which I'd have enjoyed more with a single memorable female character. At least we get Amy Schumer now on SNL! 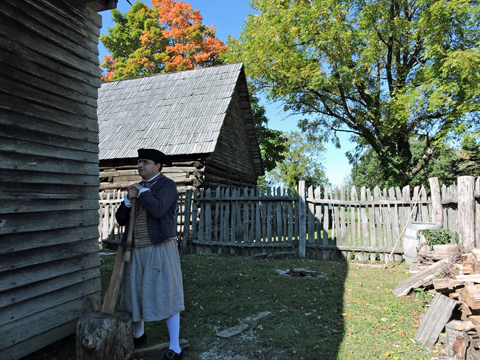