No, I did not watch the debate -- my stomach was a little off from the squash-and-veggie-sausage pasta we had for dinner and I didn't want to risk upsetting it. In general my Tuesday was kind of wimpy -- it involved a trip to Giant and CVS with my spouse for necessities like grapefruit juice, a walk during which every single bunny was hiding though there were lots of chipmunks, and folding laundry (don't get excited, it was mostly an excuse to watch the Once Upon a Time I missed on Sunday night -- it's still silly).

Since we knew we weren't watching the debate (and the local news was all about a huge water main break, and Lamar Odom hadn't been found yet), we watched The Flash, which is quite enjoyable even with Slightly Cranky Superhero (that show's version of Dark Superhero), Agents of SHIELD (I'd fail a quiz on what's happened so far this season I've been so bored), and Limitless (still purposefully overly dorky, they need to trust their audience and let their main character not act like a womanizing dork at random). Lewis Ginter butterflies: 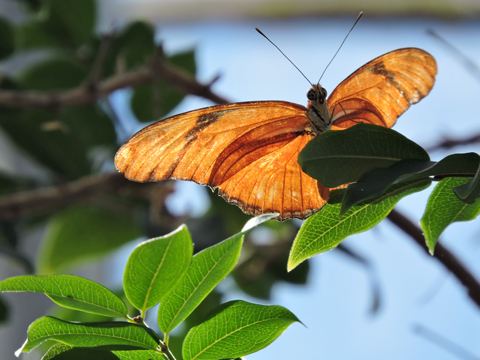