Summer returned for several hours on Wednesday. I was out having lunch with Linda, my oldest friend -- that is, friend of longest duration, since we were in elementary school -- and after sharing Ethiopian food at Sheba, we went back to her house, walked her dog to the park, and went into her garden where she gave me a tour of all the vegetables and herbs they've grown, plus she sent me home with a bunch of peppers and spices!

Since it was OCT 21 2015, I had laundry to fold, and Paul worked from home in the afternoon, we put on Back to the Future, plus the beginning of the sequel (yes, I know the date is relevant to the predictions in the second one, but the first one is a much better movie). Now we're watching the sad end of the Cubs' season, meaning I'll root for the Blue Jays if they advance! Items from four famous fandoms at the EMP Museum in Seattle: 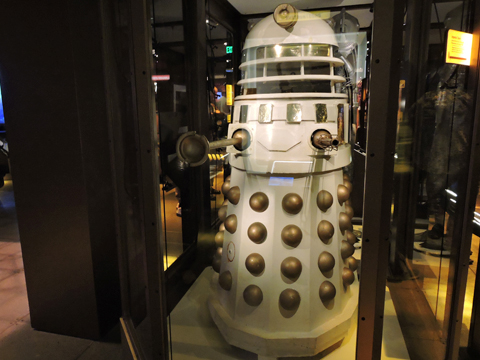