I spent a lot of Monday -- which started drizzly and chilly, but turned pleasantly cool and rather pretty by early evening -- working on a project that I will show off when it's completed, which my part in it is! (No, I'm not doing NaNoWriMo; who in heck thought November, a month whose last week is often taken up with family and holiday preparation, was a better month to write a novel than the longer and quieter January?) Our parking lot was supposed to be finished after the company screwed up last week, but there are still no labels or lines for parking spots, so we're thinking nope, not even close.

We did take a walk and saw bunnies and deer despite or perhaps because of the newly early sunset (*sniffle*), though we are a bit groggy from staying up to watch the Mets collapse at the end of the World Series. Though we are pleased that Legends is back with Sean Bean (is Ali Larter gone, or just not in the early episodes?). And I am really liking Supergirl, which has a whole bunch of enjoyable women, good, bad, and snarky, who are enjoyable to watch together. I can't be excited about a Star Trek series two years off, on a network I'll have to pay for, by the rebooters. Local animals at Maymont: 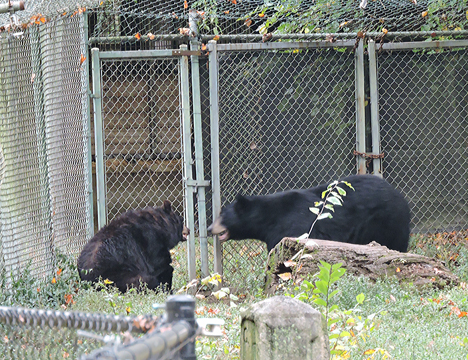