It was a dark, rainy Monday during which I did nothing but chores -- the high point of my day was uploading photos to Flickr, if that gives you some idea. Tuesday will have more excitement, but not in a good way: Westboro Baptist is planning to protest at WCHS, my and Adam's high school, because they have a LGBT student group, so those of us in the community are planning to stand between the hatemongers and the students at dismissal.

We had black pepper chick'n and potatoes for dinner, then we watched Supergirl, which makes up for its moments of fluff with hilarious dialogue -- "Keeping Up with the Kryptonians," "Millennial Falcon," even a Russell Crowe joke! And I am sad Minority Report is already getting yanked, but there was a great Bones Hitchcock-parody rerun which made me think I should watch the show. Here's some more Huntley Meadows wildlife: 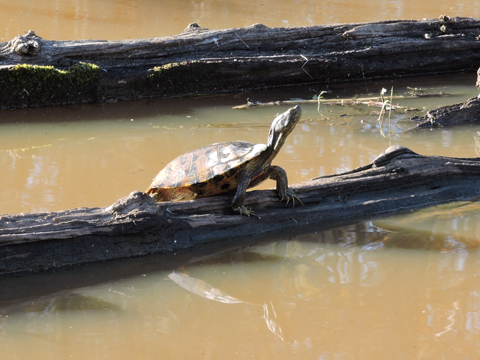