I spent Sunday with my family, though since Daniel slept till nearly two, the first half of it was mostly catching up on all the things from which kittens have distracted me! We had brunch, watched half of the Redskins loss and the end of the Ravens bittersweet victory, then went over to my parents' for hors d'oeuvres and dinner plus the Green Bay game and as much of the Seahawks game as we could get locally.

There was a gorgeous sunset and we saw deer both munching the neighbor's yard and walking through the woods. After dinner we came home, caught up on Madam Secretary which remains my favorite thing on network TV, and watched episodes three and four of The Man in the High Castle, which thus far is completely gripping and really well acted. Some photos from Homestead Farm's harvest last month: 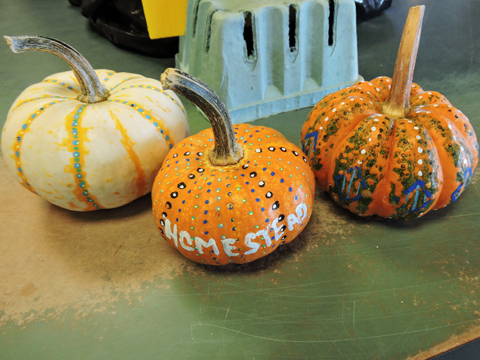