I believe that as I type this, it may finally have stopped raining, at least for a while! It was so dark in the morning that I had trouble removing the cats from my legs to get out of bed, and I was sleepy most of the morning, though I woke up in the afternoon while I was doing boring work because we put on Due Date, a fairy mediocre RDJ buddy road trip movie which treats female characters marginally better than I feared it might, mostly because they're absent instead of objects of leering. Some parts of it are painful but at least it's not too long.

We had dinner at California Tortilla with Angela and Kevin, then came back to our house and watched Kiss of the Spider Woman, which neither of them had ever seen and we hadn't watched in years. Despite the enormous changes in gay rights and concern about stereotypes since the movie was made, it holds up really well, especially since it's not set in the U.S. After they went home, I caught up on Nashville and tried to catch up on email. Since we never made it to the South Mountain parks this fall, here are some from last fall: 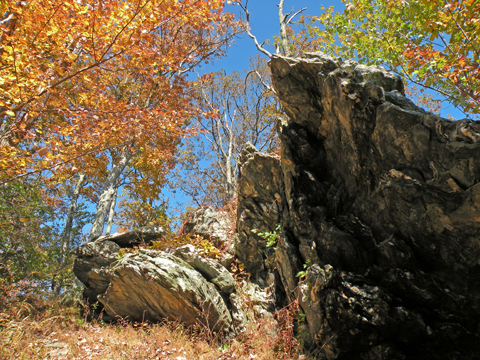