It has been a day of wild ups and downs. Adam is home for winter break; we picked him up in pouring rain and stopped at both campus bookstores so he could return his rented textbooks, plus stopped in one of the student union shops to use up his remaining Terp Bucks on food. While we were driving, I discovered that the local death that had my neighbor Rose very upset was my 32-year-old neighbor Amy, with whom I became friendly because I would see her walking her dogs, and we'd talk about animal welfare and local politics and her convoluted romantic life. Last night I was feeling badly for our mutual friend Rose, not even knowing that Amy was the one who'd passed away. It's shocking and so very sad. Two longtime acquaintances have died much too young in the past weeks, and now this.

I did get to talk to Denise and to see Rose, who came over to play with the kittens and exchange holiday presents. My other neighbor who's been in the hospital was released in time to see SW:TFA tonight, which was great news, plus I got to see his wife and daughter who also came over to see the kittens. In the evening, we saw Star Wars...not the new one, the original (no bloody IV, V, or VI) with Adam and with Cheryl long distance. Even though we only have the Lucas-mutilated version in which Han doesn't shoot first and Jabba makes a gratuitous appearance, it remains awesome and Paul realized that C-3PO and R2-D2 are the models for Ian McKellen and Derek Jacobi on Vicious. Some more Mount Vernon pics from a couple of weeks back: 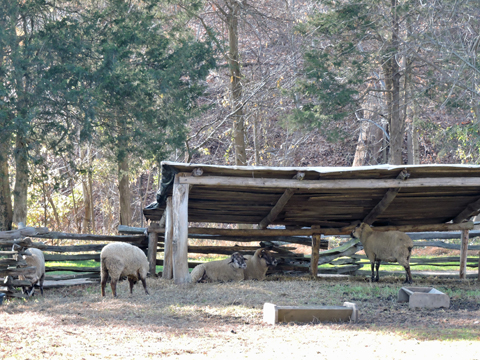