I had a fairly quiet Friday morning writing a review of Voyager's still-a-disappointment "Investigations" and having lunch with Adam and Paul. Then we watched this year's film of Z for Zachariah, which was quite enjoyable -- well-acted and nicely filmed, though there are some huge changes from the book.

We had dinner with my parents -- my mother gave out some Chanukah presents since Adam wasn't home over Chanukah -- then came home, fed cats, and eventually watched The Empire Strikes Back, which is as awesome as ever (I hope it's not a bad idea to have rewatched the original trilogy before TFA)! Catoctin in the fall: 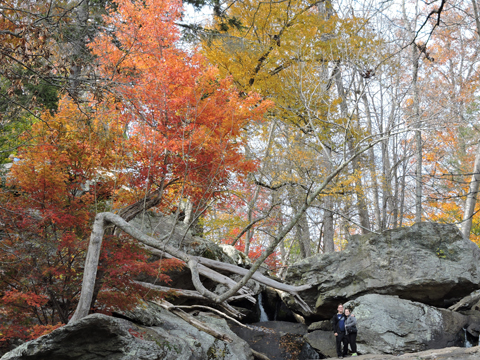