My day extremely in brief: morning doing household stuff, soup for lunch with Paul and Adam, then we all went to take a walk along the C&O Canal in the first actually December-ish day we've had, though there was so little wind that it wasn't very cold. We stopped at the Bethesda Co-op, which happened to be having a wine and cheese tasting -- we bought some of both -- then came home, had dinner, and just finished watching Return of the Jedi, followed by Robot Chicken: Star Wars because Adam's girlfriend had never seen the latter.

So a very nice day, now capped by Tina and Amy on SNL. Some photos from the canal locks, including what we think is a sharp-shinned hawk but might possibly be a cooper's hawk: 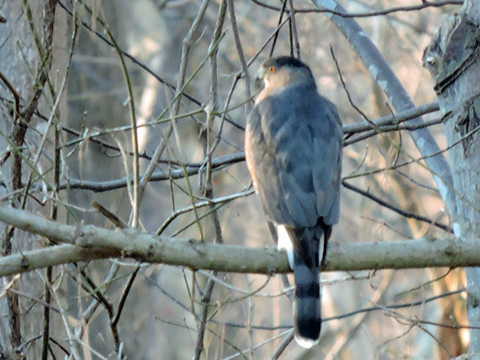