I had a bunch of work to do Thursday so it was a quiet day, apart from cats who insist on interrupting with chirps, meows, thundering across the living room, and unexpected sneak attacks every 45 seconds. Adam went out to lunch and ice skating with Christine; Paul and I had lunch together and took a walk in the late afternoon since it was warmer than the previous few days; the bunnies have been hiding more often than not until after dark, but there have been deer in the woods.

Adam wanted to see In the Heart of the Sea, so we did, though I was nervous because I can't stand cruelty to animals and I always passionately root for the whales to kill all the sailors in versions of Moby Dick. This one had several moments where I couldn't watch and they involved people stranded at sea as well as whales, but it was well-filmed and better than the reviews I'd read. We got back in time for Elementary, which was great this week. Some Lewis Ginter botanical garden orchids: 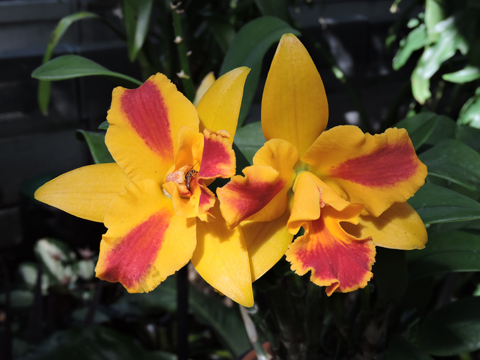