I posted a review of Voyager's "Tuvix", which remains as frustrating as ever, and I had dinner with my parents and Adam before Adam took off to see a midnight showing of The Room, one of the worst movies I have ever seen. Plus we took a walk, during which we saw bunnies and chatted with a couple of neighbors. And in the evening we watched the Heroes Reborn episode we missed on Thursday; I'm bummed the show won't return next year.

Otherwise my day was still about mourning Alan Rickman. Adam watched Robin Hood: Prince of Thieves with us while we were working on our laptops in the afternoon (it remains over the top but utterly enjoyable, especially all the Sheriff in the extended version). Cheryl watched January Man with us at night (which remains mediocre in every way, even the cast can't help, not enough Alan). Here, something happy: National Zoo pandas! 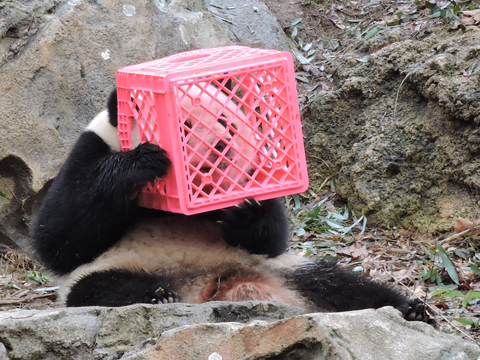