We did spend a few minutes with a government employee checking up on a relative about security clearance. I'm not allowed to talk specifics, but allow me to say that I snickered all afternoon when I discovered that the US government pays money to investigate why people were unemployed during the entire decade when they were under ten years old. In the evening we caught up on Downton Abbey, which was meh though I'm glad Mrs. Hughes is finally happy, and watched Limitless, which was too gruesome at the start but ended up being hilarious, especially the list of crimes ("recorded NFL game without permission"). Some photos from Beans in the Belfry last weekend: 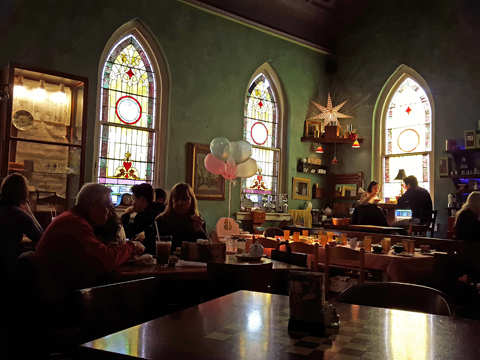