The DC region is in full snow panic mode! We even got some tonight, though less than an inch where I live; the serious snow is supposed to arrive early Friday and continue straight through till Saturday, at some point during which we need to take younger son to College Park to start the second semester of his sophomore year. We did various chores to get ready -- can't have too much spare cat food -- while Adam went to College Park to finalize his schedule and officially register for engineering courses. I also went to the mall with my mother because the jewelry store Fire & Ice is going out of business and we wanted to get sparkly bargains!

The Everest movie with Josh Brolin, Jake Gyllenhaal, Jason Clarke, and Keira Knightley is finally on pay-per-view, and since I read pretty much every book anyone wrote about the May 1996 disaster, of course I had to see it. It was very well done and I was glad they used real names, though because I knew so much about it, I also knew when they diverted from what actually happened. Adam watched with us, and once we discovered that he didn't remember the Everest IMAX movie, we decided to watch that afterward. It's more sentimental and has swelling music where the fictional version does not, but it's still great. Great Falls in winter: 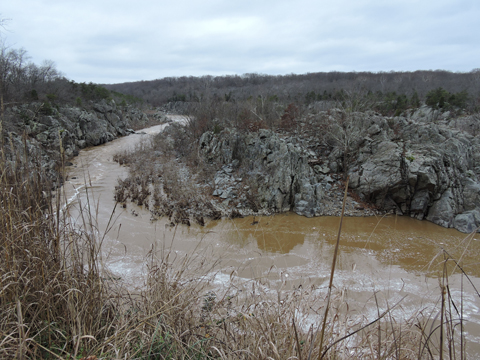