My Sunday was about snow, football, and television, so I will be brief and boring. We had a lot of digging out to do, which was enlivened by getting to talk to a whole bunch of neighbors doing the same, but my back is sore and a lot is going to have to be dug again tomorrow because of where the plows pushed snow and how low the temperatures are tonight. I had no passionate feelings about the NFL championships games, but it's a pity Arizona didn't even seem to show up.

At least, because the score was so skewed, I was not at all sorry to switch over and watch Galavant, which did a Grease parody that was hilarious and brought back the unicorn, plus finally gave Isabella better lines, so that's all good. As for The X-Files, it is such a pleasure to see Mulder, Scully, and Skinner again, but the alien conspiracy theories seem so anachronistic and retro now that I snickered inappropriately a few times. Some pics of snow, cats, and me posing with both: 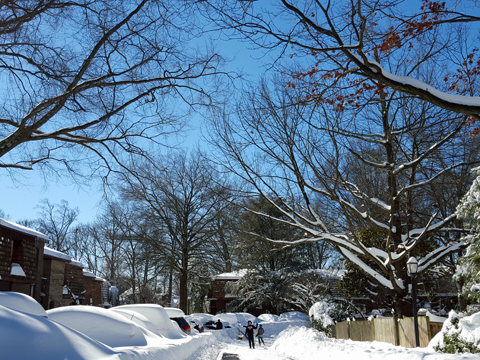