Temperatures reached nearly 50 degrees on Tuesday, which mostly meant that the vehicles already dug out could drive on roads with fewer slippery spots than on Monday. The cars that were not dug out are nearly as stuck as they were after the storm ended, and the sidewalks are still surrounded by a foot and a half of snow on either side. If you're craving adventure or excitement, I had little of either, though I am now caught up on Arrow and The 100 (which I am so glad is back -- so many awesome women).

Our evening involved a walk and conversations with neighbors, spaghetti for dinner, Agent Carter, a kitten who knocked down a beaded Renfaire crown that has hung from my mirror for probably a decade then pretended that it decided to leap onto the floor of its own free will, and The Flash, which we were excited to find from last week on demand -- huzzah, Verizon finally has The CW shows! -- before seeing the new episode when it aired. The South Mountain Creamery cows and calves we saw earlier this month: 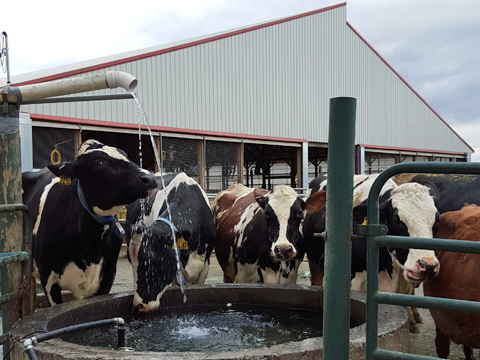