I got out of the house on Wednesday! In a car! On a road! Admittedly it was just to the food store, because we were out of bagels and dangerously low on milk and only had three varieties of cat food, but that's the furthest I'd been from the house since Friday when the snow started falling. We also took a longer walk than we've managed previous days this week, though the paths into the woods are still covered with snow and a lot of the sidewalks are blocked by giant mounds of snow that may still be there in March. Speaking of winter, here's the holiday train display at the US Botanic Gardens: 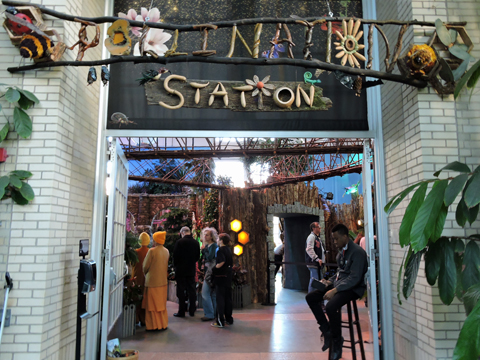 We caught up on Supergirl, which was so focused on man-pain that it really depressed me, and watched Arrow, which was focused on Felicity and therefore made me happy though I found it superficial and unrealistic. In other entertainment news, I expressed my disgust with the casting of Joseph Fiennes as Michael Jackson in strong enough terms to get me defriended by someone I've known on LiveJournal for years; apparently mentioning the existence of white privilege is the equivalent of calling someone a racist and James Bond must always be white. I stand by everything I said!
Collapse