I did not see any groundhogs on Groundhog Day except in video footage, but I did see two bunnies out in the snow, so it must be accounted a pretty good day compared to most of January. I got laundry half-done, an article half-done, and some things around the neighborhood half-done, so that's, like, a pie and a half, right? Also I caught up on TV and am somehow less irritated by Billions, where I expect to dislike all the women, than by Supergirl and Agent Carter, the former of which has been a monumental disappointment for weeks, and the latter of which did some backstory so annoying in its implication that if the show gets canceled, I will never miss it.

Maybe I'm being too hard on Supergirl -- it's not like The Flash, which I really like, spends much time focused on the women. Not every show can have a Scully or an Elizabeth McCord, though I enjoy The X-Files and Madam Secretary so very much because of them. Galavant, at least, ended its season wonderfully, so I am hoping the cancellation bear gets to suck it yet again and the show makes an improbable comeback -- it sucks so much that Fox aired Grease: Live against its season finale. Sanders conspiracy theorists finally have me coming out as a Clinton supporter -- if only she DID have a death lock on Democratic Party policy. Lilies from Longwood Gardens: 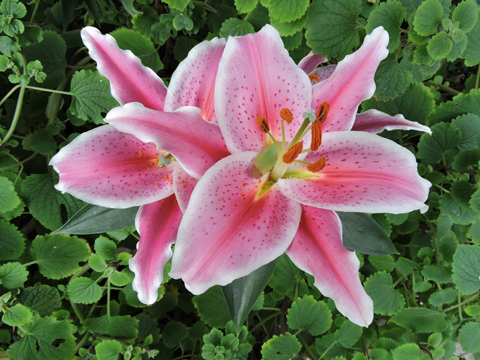