It rained nearly all day Wednesday -- I believe we're still under a flood watch -- so I did not get a lot of fresh air, and in the evening the warmer rain falling on the remaining snow created a lot of fog, like the night before. I did a bunch of work and had a bunch of cats on me, particularly while watching "Basics Part 2," the Voyager episode I need to review.

Angela and her sister Katie came over in the evening to watch the Fassbender-Cotillard Macbeth which is now out on DVD in the UK though it's not out in the US till March. It's still terrific and it was great to see them -- hopefully my cats' sneak attacks did not scare them off! Then we watched some first season Bones, which we are enjoying. Flowers at Brookside: 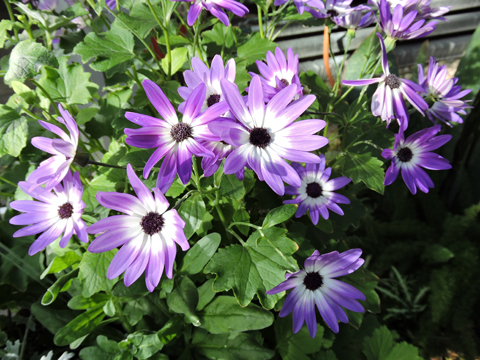