We're watching The Hobbit: The Battle of the Five Armies extended edition because neither of us nor Daniel has seen it. It's just like the original, except even closer to being The Battle of the Five Hours than before, with the important difference that this time I knew during which scenes I could get up to feed cats and go to the bathroom and which scenes have un-missable Stupid Elf Tricks. There is sadly still not enough Galadriel, but she and Elrond seem veeeery close for a mother-and-son-in-law.

It was very, very cold on Thursday, so we did not venture out much, though I saw bunnies near sunset despite the below-freezing temperatures. Daniel had lunch with my father; Paul and I caught up on last night's Arrow during our lunch break. Because we went out for Indian on the Chinese New Year because we were in Virginia, we had the Chinese food for dinner that we'd intended to have on Monday. Since it's cold and we still have snow on the ground, some color from Longwood Gardens a few weeks ago: 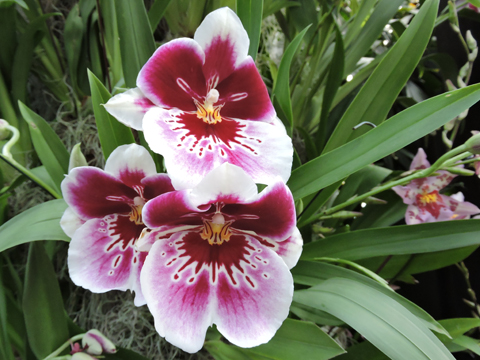