It was more than 20 degrees warmer on Tuesday than Monday and the sun came out, which was a really nice change! Little of the new snow stuck around, although we still have some big piles in places around the neighborhood where it was plowed or shoveled. Apart from work and laundry, nothing exciting happened. We caught up on Downton Abbey and The X-Files, the former clearly heading into its endgame, the latter satisfying from a shipper perspective but just once I want to see a show where we see Muslims praying and there's no terrorist act; this is three in two weeks.

It was the birthday of several relatives -- my mother's mother who'd be 110, my sister's middle daughter, Paul's youngest brother's wife and Paul's first cousin's wife -- so I talked to a bunch of family members. Younger son introduced me to Thingiverse, the 3D printing design app, and while I have no idea how to design or print using 3D printers, I found lots of things I would love to make if I knew how. We watched The Flash, then the two-part Agent Carter, which I was liking better than a lot of this season until the Gratuitous Thing and then the other Gratuitous Thing. From the National Zoo, some of the lion pride: 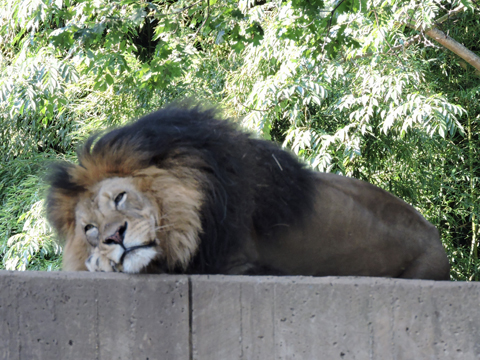