I have nothing exciting to report from my Tuesday. I did work, I did chores, I started to put jewelry away and ended up pulling out a bunch of things to give away, I tried to take a walk in the rain but I had a kitten snuggled against my hip and how could I force her to get up? At lunchtime we caught up on Supergirl, which has gone from being so delightful to painful to watch, and Billions, which has always been painful to watch!

We had ravioli for dinner and I mistakenly put marmalade on a muffin not knowing it already had garlic powder on it -- not a combination I recommend. We watched The Flash, which was okay but an episode with a giant shark really should be one of the funny ones, not a deadly serious one, and Agent Carter, which in some ways was the best of the season but in others was as frustrating as a lot of the season. More from the VMFA's Rodin exhibit: 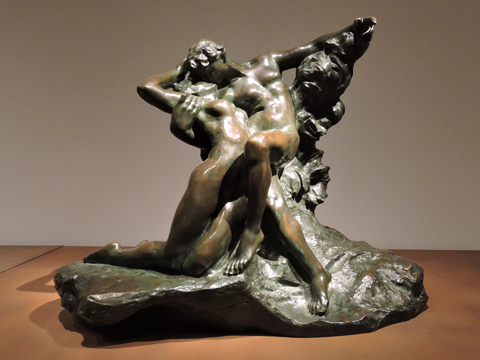