Saturday was beautiful -- brilliant sunshine, not too cold. We had a bunch of chores to do in the direction of Wheaton, so we went to Brookside Gardens, which had snowdrops, crocuses, and hellebores growing all around the outdoor garden beds, though there were more daffodil shoots emerging than anything else. There were geese, squirrels, and robins enjoying the sun. We also visited the conservatory, which had lots of color -- foxgloves, birds of paradise, orchids, even azaleas. 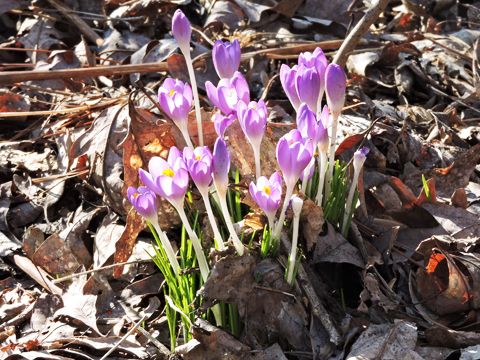 Then we stopped at Mom's Organic Market, Petco, and Michael's for various things we needed for us and our furry children. Among the things we bought was a vegan pepperoni pizza, which we had for dinner after watching the Terps' miserable loss to Purdue and the end of the UNC-Virginia game. Since there was no SNL, we listened to Hamilton while I was uploading photos, then we watched some Bones second season episodes.
Collapse