It wasn't Super Tuesday in Maryland -- well, I mean, it was, but our primary isn't until the end of April, so we weren't voting. We did have spectacular weather, so much so that when Paul was done working, I insisted that instead of walking in the neighborhood, we should walk in Cabin John Park. This had the dual advantage of letting us see flying geese and bushes starting to bud plus letting us not see the news endlessly covering the primaries before the votes had even started to be tallied. 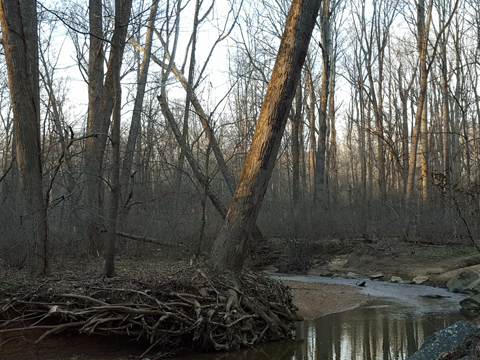 As you can see, we saw one of the local bunnies too, which was a relief because we thought we saw one hit by a car the other night. We caught up on John Oliver's show at lunchtime, and in the evening watched some Bones since Flash wasn't on plus what's likely to be the last-ever Agent Carter, which had so many levels of meh that I can't even bring myself to be sorry -- I will always love the character, but she deserved a show that was so much better than the one they gave us.
Collapse