I had a crazy busy but good Wednesday! I got up early to try to get work done, then went to what was supposed to be an 11 a.m. appointment for my annual physical, though I didn't see a nurse till I'd been waiting for an hour and didn't see the doctor till even later (I adore my doctor but am really not fond of the practice, from the bureaucracy -- which has been the same under three different insurance plans -- to the not-always-working parking gate, which did not want to let me leave today). At least I had lunch plans at Founding Farmers with Linda and Stephanie, friends from high school who were patient with my lateness!

Paul and I went for a short walk when I finally got home. Then Angela and her sister Katie came over, we ordered Domino's, and we all watched The Big Short since they hadn't seen it and I still think it was the year's best picture. We all agreed that Steve Carell was robbed of an Oscar nomination and that this year's election is more stress than it's worth (something my friends at lunch agreed upon as well, though our political leanings cover a broad spectrum). But back to movies, here are photos from the Museum of the Shenandoah Valley's costume exhibit, including several Oscar nominees: 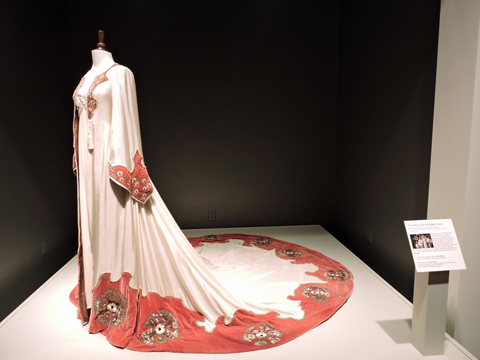