We woke on Friday to really pretty snow -- icing all the branches and bushes, a dusting on the cars, but next to nothing sticking to the roads, which is the best sort of snow for adults who need to go places, though I'm sure the children of our county were disappointed not to miss more school. I spent the morning finishing a review of Voyager's "False Profits" and keeping a kitten warm (or vice versa).

We watched an episode of Bones, had dinner with my parents, came home for Sleepy Hollow (I like the weird Benjamin Franklin science better than the supernatural), then watched Suffragette, which was a lot better than its reviews -- it's whitewashed and a bit didactic, but the acting is terrific and the story's still moving. From the Delaware Museum of Natural History, dinosaur eggs and the dinosaurs who laid them: 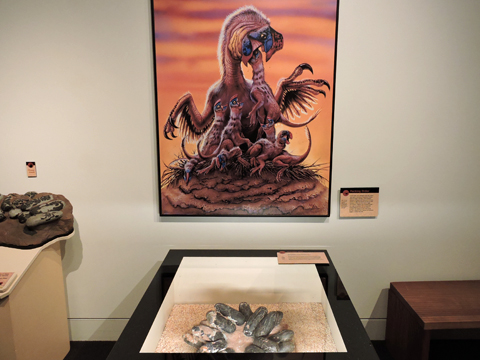