Tuesday had absolutely gorgeous weather -- temperatures in the 1970s, crocuses and daffodils coming up everywhere -- and I can't remember anything I did besides walking in the neighborhood to look for bunnies, walking in Cabin John Park on a trail we don't think we've walked since before older son left for college (plus we visited Porky the Litter Eater, who's been in the park since I was a small child), and walking around the next cul-de-sac, where we visited with several neighbors. We could hear spring peepers! 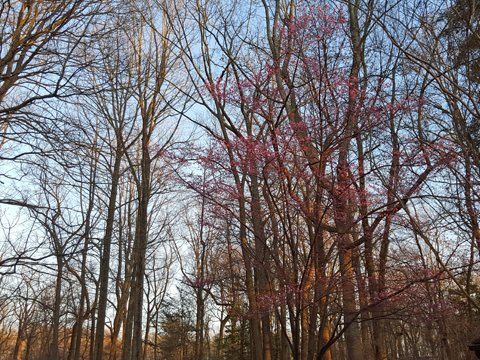 We tried to watch Billions at lunch, but the new episode isn't On Demand yet, so instead we watched a Bones episode. In the evening we watched the new Agents of SHIELD, which was pretty good -- used most of the cast, though needs more Bobbi and May -- and Limitless, which was not hilarious this week but got back to the drama and family story which is fine with me (that show better be coming back next season). My cats are all being completely crazy tonight; I hope that means more warm weather tomorrow!
Collapse