We spent the better part of Monday in Hanover visiting Paul's father, who broke his hip in three places the night before last after tripping and falling in his kitchen. He's doing surprisingly well -- in good spirits, not in much pain though they've already started PT after surgery to put a rod through the bone. While he was resting, we took Paul's mother out for lunch at Chipotle, then went back to the hospital and hung out for a few hours during which he was visited by a pastor he knows and a volunteer who used to go to church with him. Meanwhile the Orioles and Nationals both won their opening day games.

Since the NCAA championship tonight was important both to Paul's parents and to Paul himself, we came home around 6 p.m. in drizzle that gave way to spectacular skies, a rainbow, and eventually a colorful sunset. I took a brief walk to see bunnies and clouds, then came home and we nibbled sandwich stuff while watching the game, which was pretty close to perfect: high-energy without too many stupid mistakes or excess fouls, coming down to the last shot which was made by the team I was rooting for. Yay Villanova! (I've been fond of them since they beat Georgetown while I was in college in the '80s.) Photos from Light City yesterday: 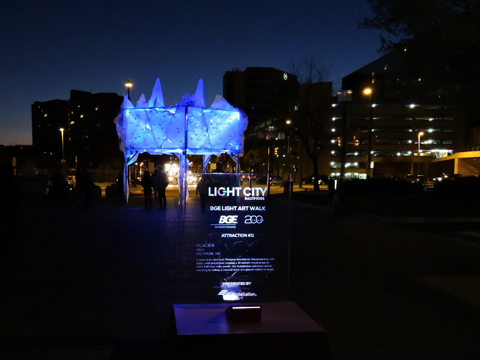