I woke up to pouring rain on Thursday, which returned on and off all day, though we had some periods of pretty overcast skies with the sun bursting through -- I kept going out to see if I could see a rainbow or a bunny (no on the former, yes on the latter) so I got to see lots of wet flower petals and shiny spring greens. Otherwise it was not an eventful day, mostly spent working on reviews and going food shopping, though when I stopped in Hair Cuttery to get shampoo-and-conditioner because it's cheaper there than at Ulta, I got a free cosmetic bag, too.

We watched this week's infuriating The 100 (I hate ALIE more than Pike) and a Bones episode (I don't want to know what Zack is up to, do I?) and now we're watching Russell Crowe celebrate his birthday on The Tonight Show by trying to convince Jimmy Fallon he doesn't have a xylophone covered in dingos, but my best fannish news for the day came from a tweet by Taron Egerton strongly implying that Colin Firth will be in Kingsman: The Golden Circle because reports of his death have been greatly exaggerated. From the National Aquarium last weekend: 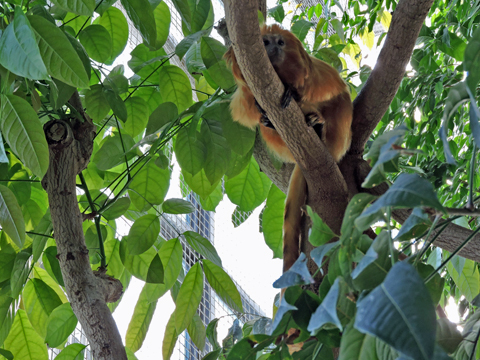