Hello from Pennsylvania, where we're staying at a Holiday Inn with Paul's mother and youngest brother, Jon, a few minutes from the hospital where his father is recovering from a broken hip and stroke. We got to the hospital before Cinda arrived this morning and were very encouraged by how alert and chatty he was. He can move all his limbs and digits and his hip is healing because they've been doing physical therapy with him.

While Clair was having some scans done, we went to lunch at Isaac's Deli, which we've enjoyed with Clair and Cinda before. In the late afternoon, we left them at the hospital and drove to BWI to pick up Jon -- David will come soon, now that his dad is out of danger, so there'll be visitors over several weeks. We had dinner at the very good Viet Thai Cafe and now we're watching Russell Crowe on SNL. Thanks for all the good wishes. 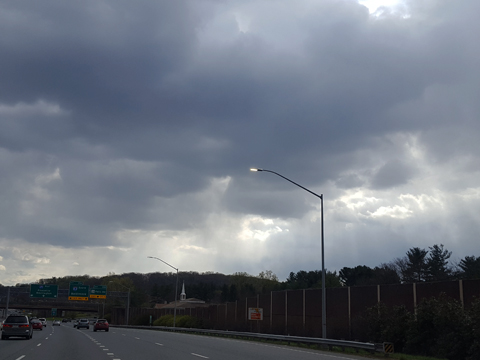