I have no idea where Monday went -- I had a huge number of things to catch up, I only got some of them done and the laundry isn't even started. But it was a pretty good day: my father-in-law is making good progress, according to Paul's brother who worked using the hospital wi-fi while visiting him, my mother-in-law got some rest, and my cats all remember me though they miss our cat-sitter spoiling them.

We caught up on two episodes of Once Upon a Time, which feels redundant even in the Underworld but wow Gaston is hotter IRL than animated, and we caught tonight's Supergirl (plot meh, Cat Grant once again making the show worthwhile). In between, we went to walk along the canal, where the turtles were sunning themselves in the 70-degree air while the bluebells and phlox are in bloom all around. 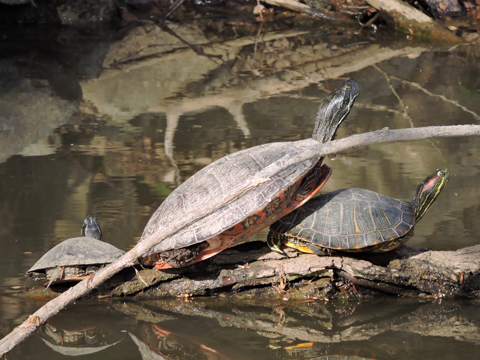