Been in York, PA seeing Paul's father, mother, and youngest brother who is flying home to Oregon in the morning. Clair is making progress but it's slow and difficult -- we saw some of his physical therapy, walking and climbing steps, which would be hard enough purely from the hip injury without also having to contend with the effects of a stroke. We had brought lunch with us and ate at the picnic tables outside with Cinda while Clair was having speech therapy. They keep him very busy in rehab, which is good! We're going back tomorrow with Adam so he can see his grandpa.

Meanwhile, we just watched Victor Frankenstein, which has a screenplay as bad as you've heard but a cast that's fun and a bizarre love story between Victor and Igor (Lorelai's character is ostensibly the companion of a different gay man but she's obviously really there in a futile attempt to persuade us that Igor isn't in love with Victor). The visuals are fun, like Ritchie watched too much Gilliam then had his budget cut. Because it's about an Uruk, I knew it was all going to end in a warg battle, but before that, it's entertaining. From Brookside Gardens, spring tulips, turtles, frog, and other animals: 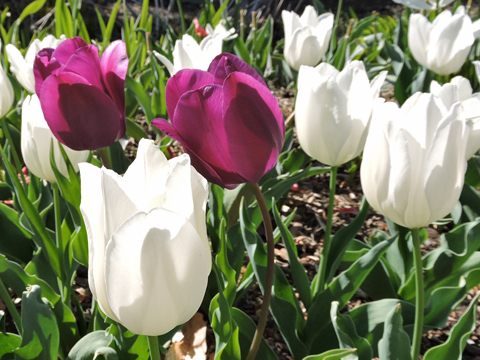