Monday mostly involved chores. Nothing interesting happened, apart from catching up on Once Upon a Time (lesbian love story good, having it be Henry's fantasy not so good), until the late afternoon, when we took a walk at Carderock, where we saw lots of birds and frogs and flowers, plus a low-flying helicopter, enormous houses, and the waterfall at Scott's Run across the river in Virginia: 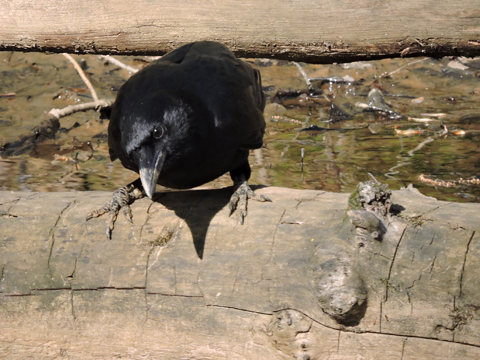 We were near Carderock so we could stop at the Bethesda Co-op, where we got wonderful crusty bread and strawberry moscato. We had Yankee pot roast for dinner for Patriots' Day since Paul grew up in Boston. Evening TV included the season finale of Supergirl, which I mostly liked though that speech was way too long, and Blindspot, which had some cringe-worthy homophobic stereotypes.
Collapse