I had a lot of work to do Thursday morning and it was a sucky morning anyway because of Prince, but then I got to go out with friends who are moving to the area from New England, so that was a delight! As often happens when I mention to fannish people visiting DC that there's a restaurant called Bilbo Baggins that has craft beer, we wound up in Alexandria, where I had the wonderful brie en croute, they had seafood, and afterward we all walked the two short blocks to Founders Park, where the view past the boats shows National Harbor across the river on one side and the Capitol on the other.

We missed the first few minutes of The 100, where for a minute I thought they were just going to kill off 2/3 of the remaining cast and pretty much start over next season, though they only killed a couple of people -- maybe it's only the people of color and lesbians they're going to kill off. Orphan Black has been amazing this season and tonight's was no exception -- I love the flashbacks, I love that what we thought the Neolutions were up to might be something else entirely, I love that we have no idea what Rachel's doing but it's probably evil. From the National Aquarium earlier this spring: 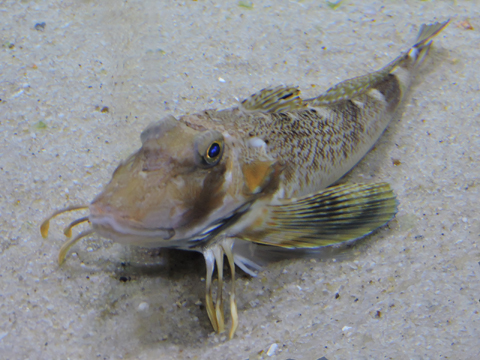