Happy Passover! Friday was better than Thursday, though I avoided the news wherever possible so maybe I just don't know. I rewrote a review of Voyager's "The Q and the Grey" that I thought I'd finished on Thursday, did a little bit of shopping, and had dinner with my parents, though we're having the main family seder on Saturday night, when Adam, Christine, and other friends of our family can be there.

The Nationals were willing so convincingly when we got home that we watched a couple of Bones episodes, though confusingly the first four episodes of the fourth season are included in the season three DVD set, so we started watching several episodes in before realizing we'd skipped a disc. ZACK, HOW COULD YOU! Photos from a walk along the C&O Canal at the peak of bluebell season, which has given way to azalea season: 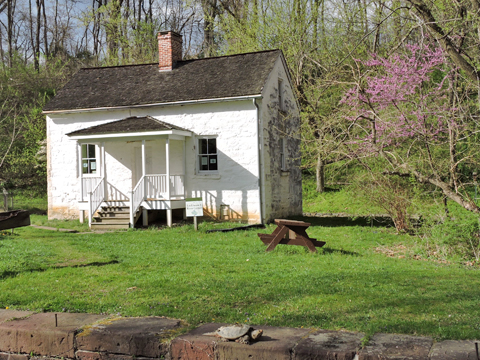