Thursday involved folding laundry, being pursued by cats, and trying to work on my Voyager review while returning phone calls that kept giving me an excuse not to work on it (it's "Macrocosm" which is not exactly the most intellectual episode of Star Trek ever produced). It was drizzly and chilly but kind of nice to see so much color around the neighborhood in that kind of weather.

We watched the beginning of the NFL draft, though I don't know anything about the guy the Ravens picked except that he was wearing a very impressive suit. Then we watched The 100, which was awesome and terrible (ABBY, NO! MARCUS, NOOOOO! Jaha, I hate you more than Pike) and Orphan Black (Alison is my hero and if she were on The 100, she would be Heda). From Brookside Gardens last month: 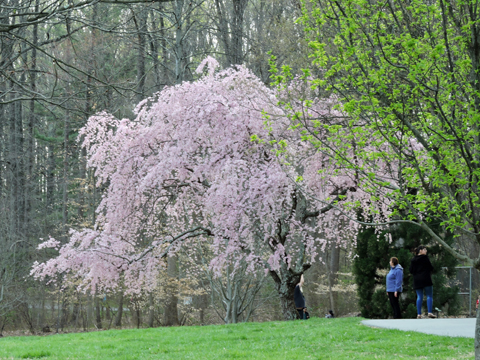